Our Milford Sound scenic flight takes you up close to vertigo-inducing fiords, hanging valleys, lakes and waterfalls, on an unbelievably large scale. An experience like this is always better if you know what you’re looking at (what is a hanging valley anyway?) – so we’ve come up with a few fun facts to make your Milford flight not only exhilarating but well-informed.

Why does Milford Sound have such vertigo-inducing steep sides?

From a helicopter, the height and steepness of Milford Sound can be literally dizzying. In 1935, historian James Cowan described Milford Sound as “the most savage spot in all New Zealand … very grand of scenery but oppressive to the mind in its tremendous cliff architecture, the stormy gloom of its enormous mountains that stand about the narrow fiord so closely that it seems but a sea-trench cut through a mass of solid granite.”

This ‘sea-trench cut through solid granite’, that makes us light-headed to look down on, was cut by ancient glaciers (slow-flowing rivers of ice). They carved away rocky mountains, and when the glaciers melted they left deep, impossibly steep cliffs on either side.

Interestingly, the glacier took rocks from these mountains with it and dumped them when it reached the sea. Because of this, there is a moraine “sill” in the sea at the mouth of Milford Sound – it’s only 27m deep at the mouth, but 300m deep on either side. This sill keeps the waters in the fiord calm and tranquil by acting as a barrier against ocean swell. 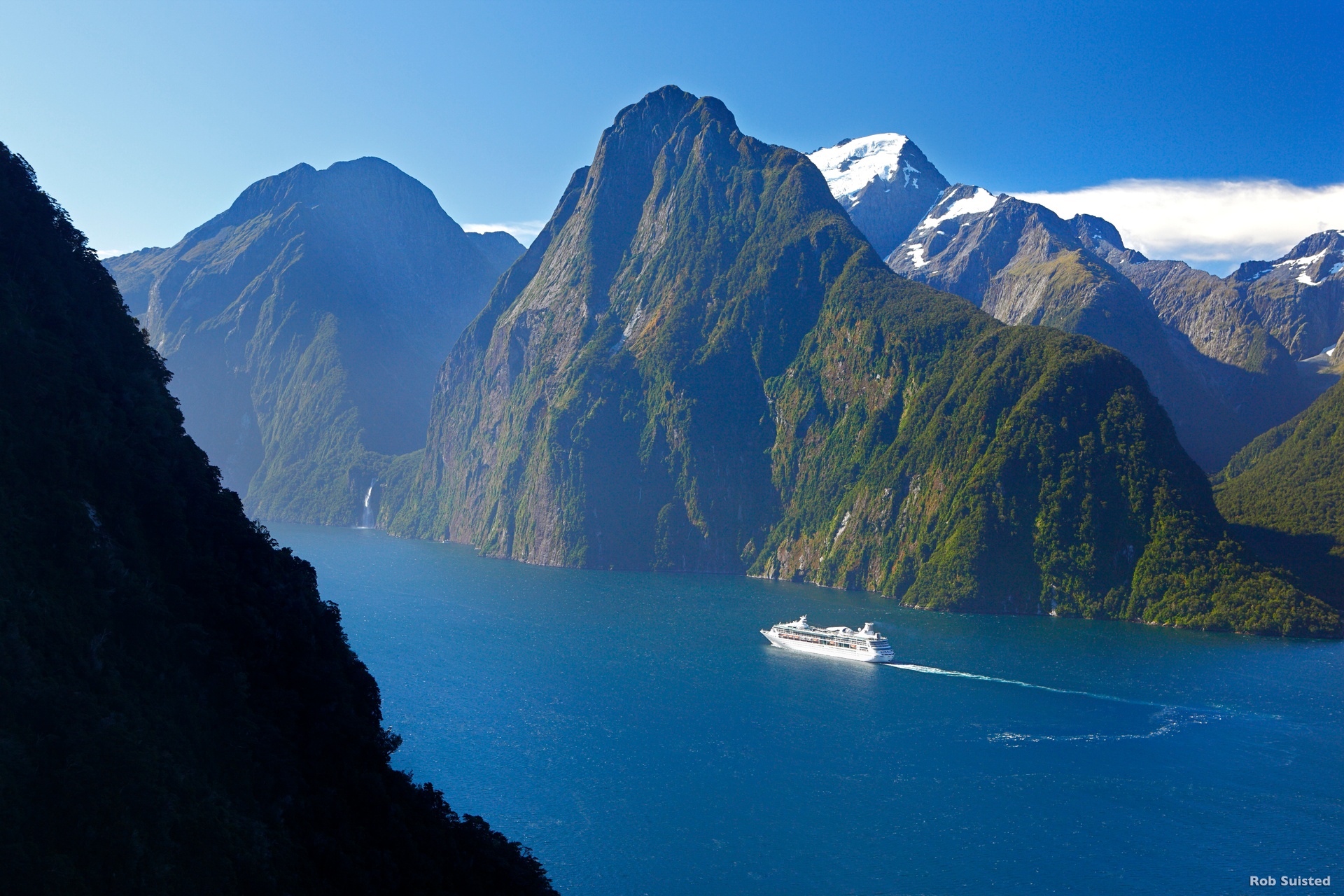 I’ve heard the word ‘hanging valley’ a lot in Fiordland – what is that?

We’ll land you in one of these. A hanging valley was once a simply a small regular valley, with a river that feeds into a main valley. But if a glacier then carves out the main valley, creating a deep, steep-sided trench, that small valley is left hanging up high. The small river would now run over a precipice, creating incredible waterfalls such as Sutherland Falls.

What’s the story behind Sutherland Falls and its parent, Lake Quill?

Our helicopter will hover close to Sutherland Falls, New Zealand’s second highest waterfall, which cascades 580 metres in three dreamy stages. To walkers of the Milford Track, standing at the foot of the falls, it would seem as if the thundering water is pouring from the clouds – which is how Scotsman Donald Sutherland thought it looked when he came across it in 1880 as the first European to do so. But on our Milford Sound scenic helicopter flight, we are able appreciate the entire height of the Falls. We then land at the source which is invisible to walkers: the incredibly picturesque Lake Quill far above, sitting in the steep-sided basin of a hanging valley.

Lake Quill was named for young surveyor William Quill, who in 1890 scaled the vertical rock sides of the Sutherland Waterfall with only basic climbing equipment, such as a billhook (a cutting tool similar to a sickle) and an alpenstock (early ice axe). From a helicopter you’ll see just how gnarly and dangerous this climb would have been. He made it to the top in 3.5 hours and took 2.5 to get down again. He may have been the only person to ever do it: it’s easier get to Lake Quill via MacKinnon pass (or by scenic helicopter of course). Sadly, Quill died less than a year later, falling from a 600m-high cliff in the Milford area, and his death prompted the formation of the NZ Alpine Club to educate novice climbers. 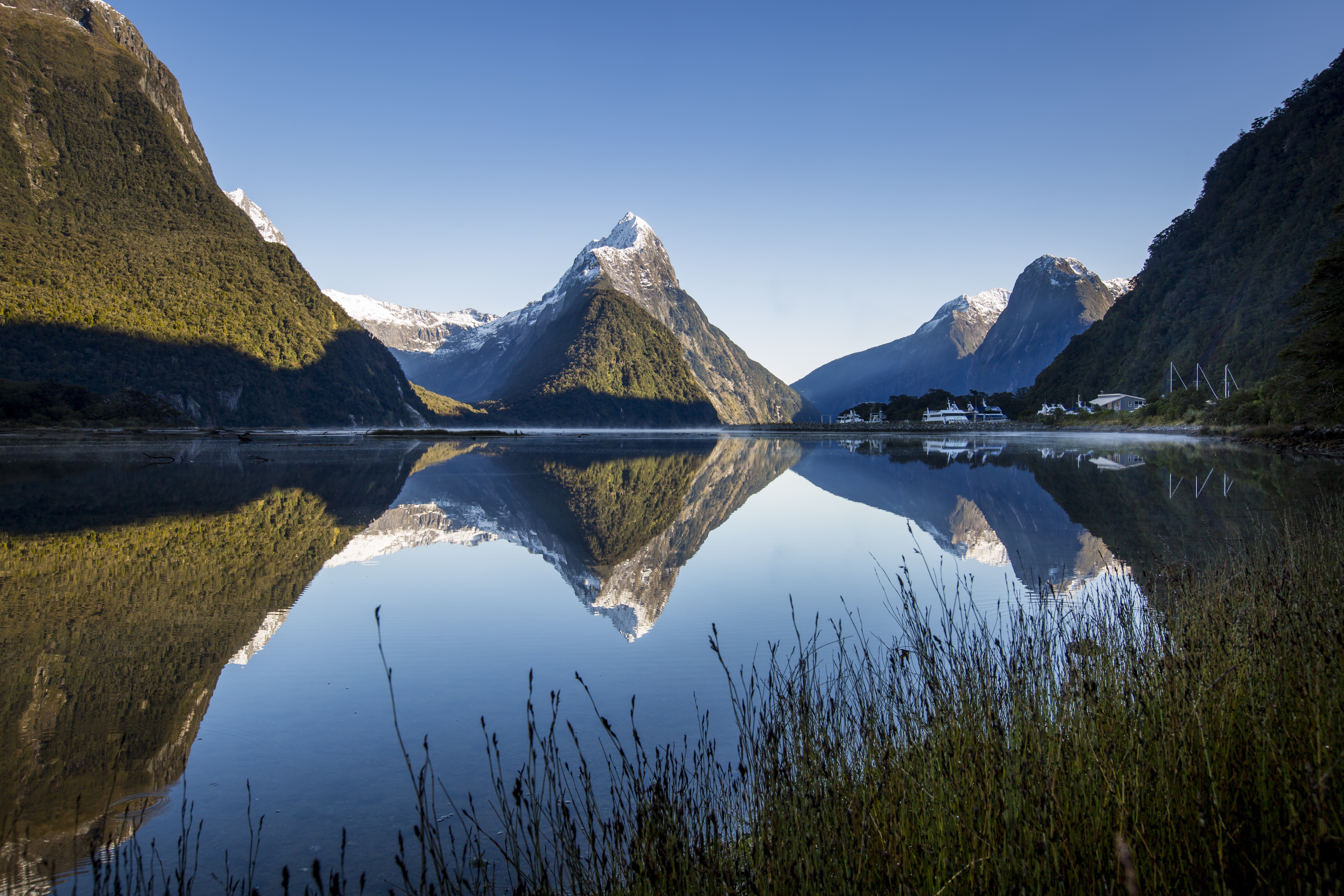 What can you tell me about the famous Mitre Peak?

Mitre Peak is recognisable because it is one of the most photographed peaks in Fiordland. It is so named because it looks like the headwear worn by Christian Bishops. Its Maori name is Rahotu. From the ground, it looks like just one peak, but from the helicopter, you’ll see it’s a group of five peaks, and Mitre Peak is not even the tallest. Climbers do attempt the mountain, however from the air you will appreciate it’s a vertical, gnarly climb to the top, with exposed routes up sheer or crumbly rocky cliffs. At one point there is a knife-edge ridge where climbers must scramble across trying not to feel giddy with the 1000m drops on either side (the boats far below looking teeny tiny). Let’s just say we’re glad we have the helicopter.

Flying around Milford offers views of some incredible landforms from a breath-taking perspective, and to know a little about the history or the geology makes your trip that bit more meaningful. We look forward to having you aboard our helicopter and if you’d like to know more about what you’re seeing, feel free ask your friendly pilot.