Have your eyes peeled and binoculars ready, here are our four of our favourite feathered friends for you to spot in Fiordland. These native New Zealand birds are a sight to behold but do your best to help support conservation efforts to keep these natural treasures safe.

Otherwise known as the South Island Takahē, this flightless alpine bird native to New Zealand has had a bit of a resurrection. Thought to be extinct earlier in the century, they were rediscovered in 1948 in a remote area high up in the Murchison Mountains above Lake Te Anau where it thrives in alpine grasslands and tussock. Not to be mistaken for a rather larger pūkeko, takahē are more brightly coloured and weigh between 2.3 – 3 kg. The beautiful takahē also hold special significance to Ngāi Tahu iwi (Māori tribe) who view takahē as a taonga (treasure).

Considered as one of the most intelligent bird species in the world, the colourful kea is a force to reckon with. Resourceful and notoriously cheeky, these striking winged creatures can be spotted throughout Fiordland landscape and may even come close if you pique their curiosity. A highly social species, kea are a unique and endangered mountain parrot species native to the Southern Alps of New Zealand, with bold personalities that matching their vibrant olive green-black-blue feathers that showcase splashes of yellow and red under their wings as they soar in the skies. 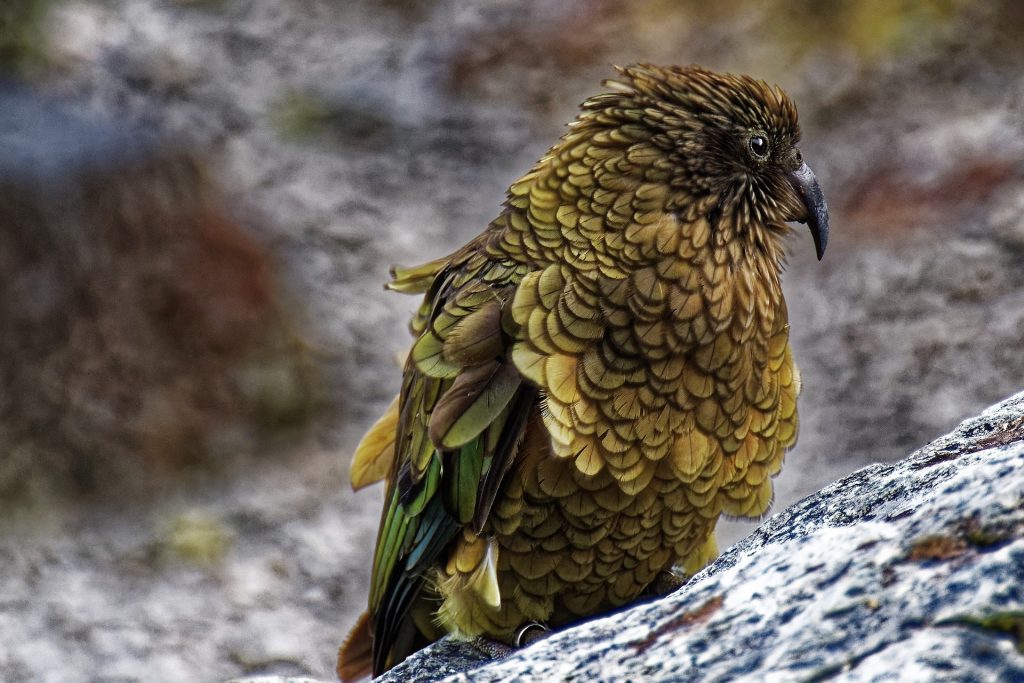 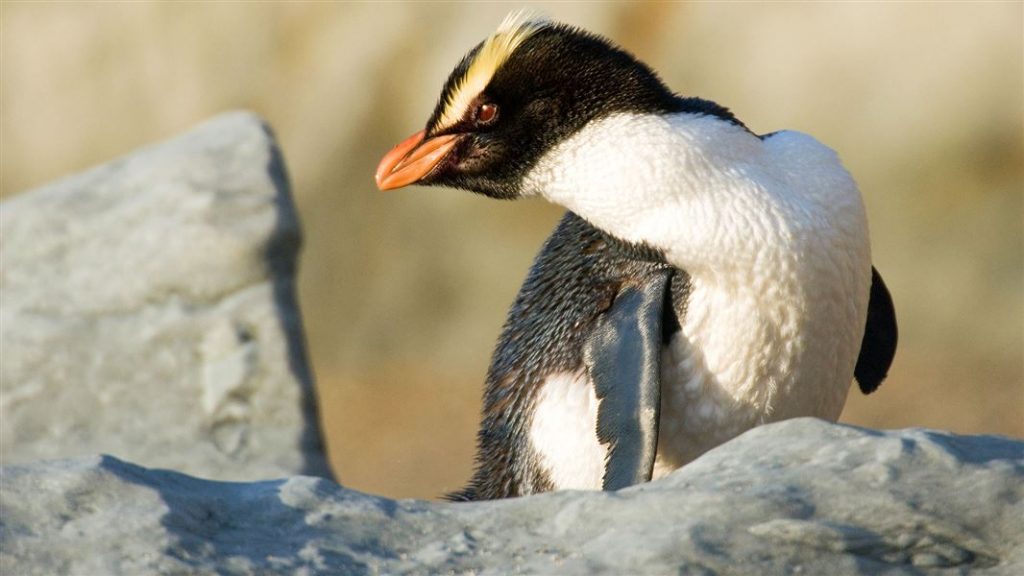 The Fiordland Crested Penguin spend up to 75% of their time in the water in winter. Photo credit: DOC

The blue duck or whio in Māori (which depicts the call of the male bird) is a unique threatened species of duck endemic to New Zealand. It is the only member of its genus and has no close relative anywhere in the world. The river dwelling whio thrive along fast flowing rivers and streams with high water quality and are mostly active in the early morning and late evening. Very territorial in nature, whio also exhibit strong pair bonding with individual pairs residing in the same stretch of river over the years, defending their territories aggressively. In Fiordland, sightings of whio have been found along the Clinton and Arthur Rivers following the Milford Track.