Tucked away in a faraway corner of the world, Te Anau in Southland is at the southernmost region of New Zealand’s South Island. Majestic fiords, snow-capped mountains, and a land for chasing waterfalls, Te Anau sits at the heart of it all with Lake Te Anau, the largest lake in the South Island delivering 344 km² of deep, serene waters to discover.

Before you come to explore Te Anau and surrounds, learn of its pioneering history and how this off the beaten track natural wonder came to be.

The small settlement of Te Anau was first surveyed in 1893, shortly after the Milford Track opened. But it wasn’t until after the opening of the Homer Tunnel and road route to Milford Sound in 1953, that Te Anau began to flourish and develop with pioneering spirit and building on emerging industries such as venison, crayfish and tourism industries. 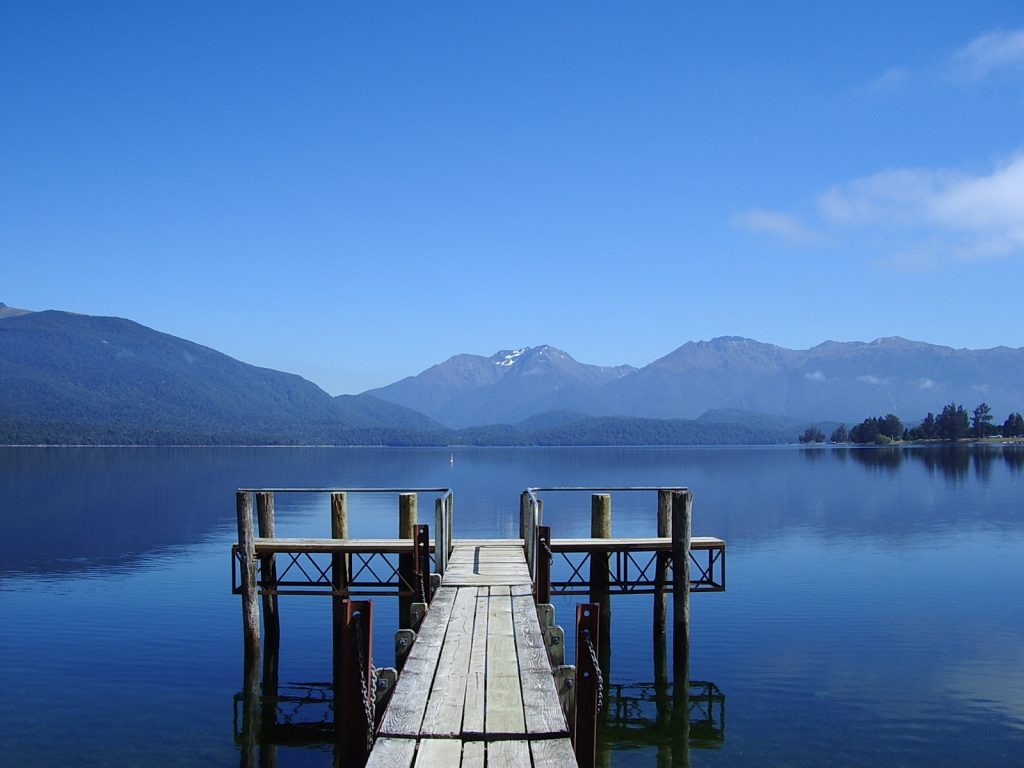 By the 1800’s the predominant iwi (tribe) in the region was Ngāi Tahu and the iwi’s first contact with Pākehā (European) sealers and whalers was dated from around 1795.  By the 1830’s, Ngāi Tahu had built a thriving industry supplying whaling ships with provisions such as pigs, potatoes and wheat.

In 1770, Captain James Cook explored the south west coast of Fiordland onboard the Endeavour. He named Doubtful Harbour (later renamed Doubtful Sound) and connected with Māori in Dusky Sound. However, Captain Cook failed to discover Milford Sound on two separate journeys because of its concealed entrance. It wasn’t until 1823 that the first European Settler discovered Milford Sound – Welsh explorer Captain John Grono who named it Milford Sound, after Milford Haven – a long narrow inlet on the Welsh Coast.

One of the New Zealand’s Great Walks, the Milford Track was discovered and cut by pioneers Quintin McKinnon, Donald Sutherland and John Mackay in the 1880’s. A 53 km, four day walk the Milford Track was opened in 1889 and have continued to attract  tourists from around the world through the now world-famous route.

If you build it, they will come – this saying may very well be the driving vision behind the 1953 opening of the 1.2 km Homer Tunnel which established the only road access to Milford Sound. Tourists came flocking to see New Zealand’s Eight Wonder of the World and resulted in the development of Te Anau and neighbouring Manapouri township.

Explore New Zealand’s own majestic Eighth Wonder of the World

Officially constituted in 1953, Fiordland National Park covers over 1.2 million hectacres and was declared a World Heritage area in 1986. It is also home to three of New Zealand’s Great Walks: Milford Track, Kepler Track and Routeburn Track.

Today, Te Anau continues to serve as the welcoming gateway to Fiordland National Park and Milford Sound. With Te Anau’s proximity to three New Zealand Great Walks, Te Anau is also renowned as the walking capital of the world.